Khenpo Gelek Jinpa, abbot of Shenten Dargye Ling in France, will deliver for the first time in the West a series of rare teachings related to the important text: The Luminous Essence of the Primordial Wisdom through the Stages of the Path of Liberation (Lam Drod Rim Yeshe Donsal). 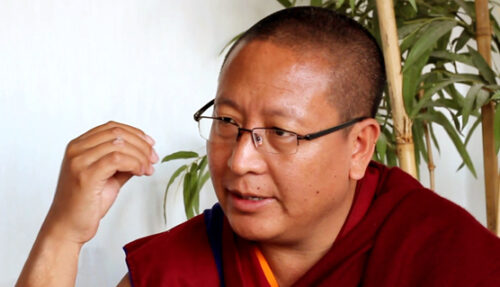 This text was written by the great master and scholar of last century, Yongdzin Tsültrim Gyaltsen. Being an extremely erudite lama, Yongdzin Tsültrim Gyaltsen spent a large part of his life in retreat in a meditation cave near Jyeru Tso Lake, in northern Tibet. He was the first teacher of Yongdzin Lopön Tenzin Namdak Rinpoche, from whom he received most of the Dzogchen practices. The young Lopön Rinpoche lived with this master, in retreat in the cave, for four years.

The teachings will take place on Saturday 9 and Sunday 10 January 2021 from 16.00 to 18.00 and will mainly focus on the sections concerning Trekchod and Thodgyal. 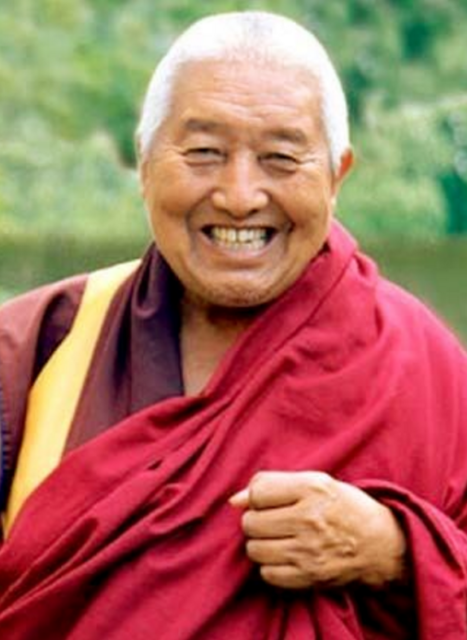 The initiative – organised by Khenpo Gelek Jinpa in collaboration with the publishing house Le loup des steppes (a publisher involved in the publication of Bonpo Dzogchen book in Italian and French) – is open to everyone!

To participate, a donation of € 10 per day of teaching is required. The donation will be offered to the monastery of Triten Norbutse in Nepal, as a contribution for the monks in this difficult and delicate moment. This is the link for the registration: https://us02web.zoom.us/webinar/register/WN_W4TwFyINQZq8DHMi8m-juw

FOR ANY FURTHER DONATION:

For any additional support to the Triten Norbutse monastery can the link (only for extra donation, not for the retreat registration): http://support.shenten.org/ or directly via Pay Pal: paypal.congregation@shenten.org. You can here mention “Donation for Triten Norbutse monks”.

INFORMATION ON THE RETREAT:

For any further information about the retreat you can contact Dr Martino Nicoletti by email at: infos.martino@gmail.com 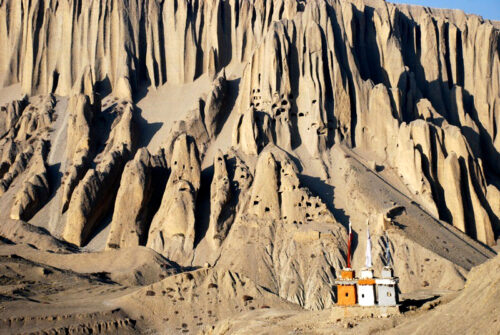 In 1893, in the Water Snake Year, Yongdzin Tsultrim Gyaltsen was born to Bongyud Khorlo and Ashagza in the region of Khyungpo Seru in eastern Tibet. His birth name was Sonam Gyaltsen. At the age of seven, his mother began to teach him letters, which he soon mastered. At nineteen, he received the preliminary practice teachings from the cycle of the Zabmo Kusum Chüdril (the Profound Essence of the Three Bodies) from the great meditation master Mönlam Gyaltsen and engaged in the proper accumulation of mantras, studying, and mind training. After receiving the introductory teachings, he received many Dzogchen empowerments and oral transmissions. He also took the Genyen vow and at twenty-three, feeling a deep sense of renunciation, he went to Yungdrung Ling Monastery, where he was ordained by Khenchen Sherab Loden and Yongdzin Lodroe Gyatso and was renamed Tsültrim Gyaltsen. These masters also taught him Sutra, Tantra, Dzogchen and other traditional sciences.

Later he took the complete vow of the Drangsong from Khenchen Sherab Loden. His intellect and knowledge flourished so much that at the age of thirty-three, Lopön Sherab Dakpa stepped aside to appoint him as the new Lopön of the monastery, under the name of Tsültrim Gyaltsen Pal Sangpo. Until 1937, the Fire Ox Year in the 16th Rabjung Year Cycle, he undertook the heavy responsibility of teaching disciples, and engaged in debating and writing to transmit Yungdrung Bön. Yongdzin Tsultrim Gyaltsen also wrote many texts on Sutra, Tantra and Dzogchen as well as history, spiritual songs, poetry, astrology and orthography.

From the age of forty-five, the next twenty years he practiced Dzogchen in a cave overlooking Jyeru Tso lake in northern Tibet. In 1944, at the age of nineteen, Yongdzin Lopön Tenzin Namdak Rinpoche became his disciple and embarked in a long and intensive journey, learning and practicing with him in this cave for four years.

In 1957, he was invited back to his birthplace, where a new monastery called Gangru Dragyel Gon was built, which was later destroyed during the Cultural Revolution. He guided hundreds of disciples on the path to the ultimate truth including several illustrous Bön teachers such as Yongdzin Sangye Tenzin Rinpoche, Yongdzin Lopön Tenzin Namdak Rinpoche, Pönlop Yönten Gyatso and the great scholar Palden Tsultrim. He passed away in Tibet at the age of seventy-five.