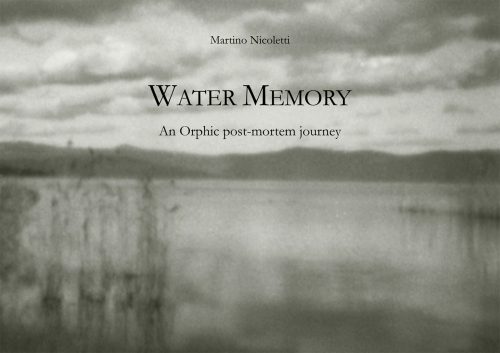 Inspired by the texts of ancient Orphic gold tablets – traditionally buried alongside the body of the initiate as a memento and actual guide during the journey – this work, combining performance and photography, presents a series of images taken in the territory of the Trasimeno Lake, in the Italian region of Umbria, using pinhole photography.

In this visual and visionary narration of an initiatory afterlife, the solitary soul is depicted dialoguing with its old memories and fighting the relicts of its past, placed between the risk of extinction in the abysses of nothingness and the possibility of continuing its journey to be finally re-united with its divine matrix.

Work printed in a signed and numbered limited edition of 51 copies.